A Locomotive is a diesel electric power plant form of energy that provides horsepower and the tractive effort to pull trains.  Tractive effort is a measurement of locomotive power.  Locomotives come in all different sizes and are meant for different types of jobs.

The following chart lists a very simple description of types of locomotives in use today.  The difference between a yard switcher and road engine is the amount of horsepower the locomotive produces.  Locomotives range in horsepower from 2500 to over 7000.  The smaller ones are used in switching service in yards where only a few cars at a time are moved.  Larger locomotives are used in the long-haul movement of trains with 50 to 100 cars per train.

Power of Mother locomotive, connected to the Slug, to provide more traction

Locomotives can run just as fast in either direction. With this there is no "front" or "rear" to a locomotive and we will see locomotives sitting in configurations that would seem to be back to back or front to front.

Carry spare knuckles and air hoses. This is only the front part of the coupler for the locomotive only as well as the air hoses that will connect the locomotive to the first railcar.

Fuel tank runs from side to side - holds approximately 4000 gallons of fuel.

Fuel is the largest expense, with payroll second.

Cabooses are what we all looked forward to seeing as the trains moved by and if we were lucky, we could get the conductor to give us a wave as the end of the train moved by. Although this is what most of us think of when thinking of cabooses, it is not the reason why the cabooses were first used and used for so many years. Cabooses were used as a rolling home for the train crews; it allowed them to have a home away from home and a mobile office for the operation of the trains. Today cabooses are used very rarely and mainly used by local industry trains when there is a need for a train crew to ride on the rear of the train to operate switches or provide crossing protection when needed. The uses of cabooses began to disappear in the 1980’s and are being replaced by a new technology called an End of Train Indicator (EOT). 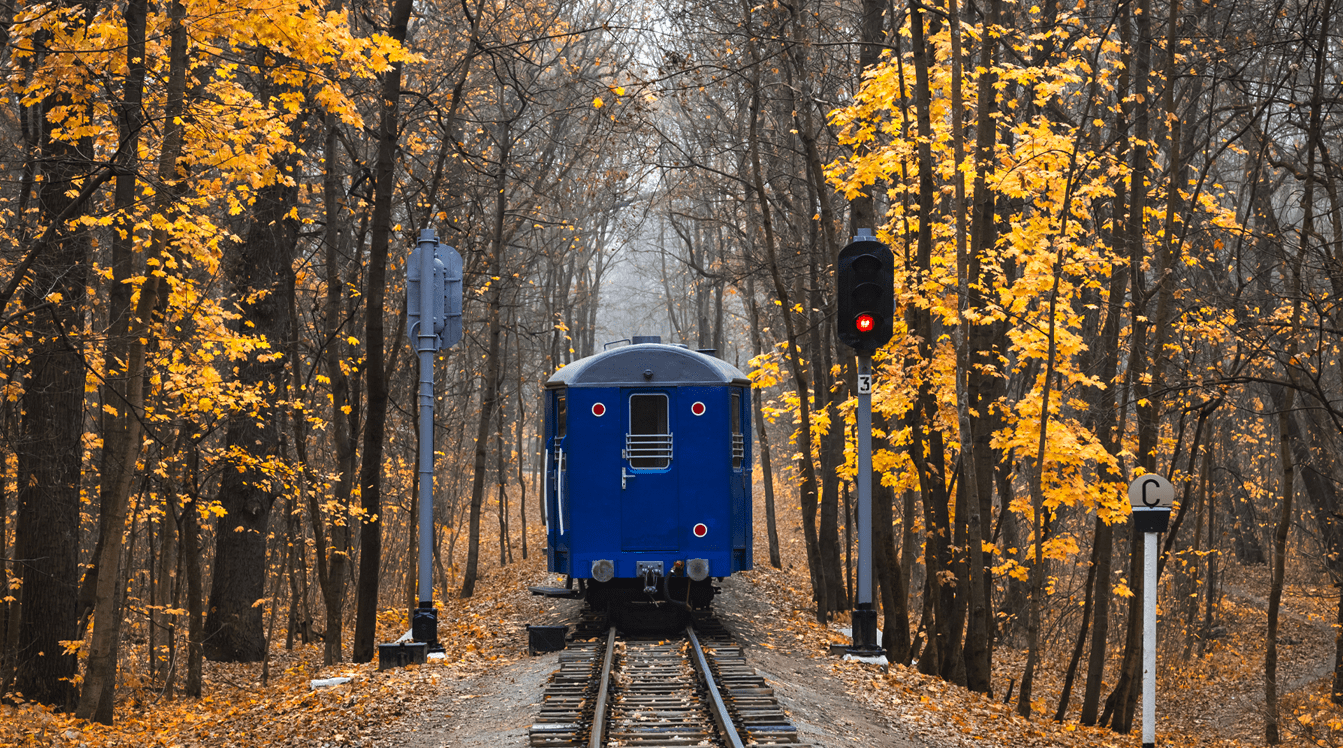 End of Train Devices are a portable telemetry device mounted on the last car of a train to transmit information to a receiver display unit on the engine. It serves as a marker to identify the end of the train and transmits air pressure and motion information. Effective July 1, 1997 trains operating 30mph or greater must have and EOT device. End of Train Device may also be called EOT – End of Train Indicator, ETD - Electronic Train Device, LIGHT, FLASHER, REAR DEVICE or RED LIGHT.

This EOT is not properly connected; we see that the air hose and electronic connection are dangling on the ground thereby not allowing the either connection to work as they should and provide the safety they are intended.

Here is an EOT device that is properly connected and providing the motion detection and air pressure for safe operations.