What does this term mean? Railcars are put into Bad Order Status during the transportation cycle when the car requires any repair to running gear or safety appliances. These running gears parts and safety appliances are wheels, trucks, brakes, air hoses, draft gear, couplers, ladders and platforms.

Bad order for coupler repair is one of the more common reasons when checking on bad orders. The bad order status for couplers may mean the complete change out of the coupler or maybe just the coupler knuckle, which is the part that that moves in the center of the coupler and looks like a large steel hook. Couplers receive some of the hardest wear and tear on a railcar. This is due to the action of cars hitting each other during the process of blocking cars, moving them within plant locations, and the pressure put on the couplers during the act of pulling a train. 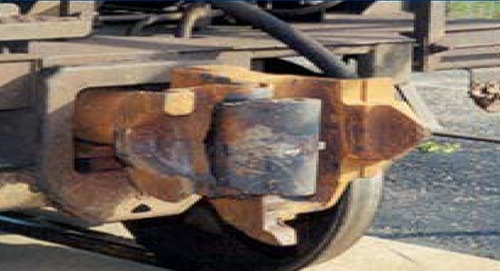 For all railcars that move hazardous materials must be equipped with what is called “Double Shelf Coupler”. A double shelf coupler has protection above and below the coupler knuckle which limits the move of the coupler in either direction. This type of coupler is more time consuming to change as railroads may not always carry the different types of double shelf couplers and will have to order them from a supplier, which may cause a delay of a day or two in making the repair.

A second type of running gear failure could be what is called “Draft Gear”. This is a part that is hidden behind the coupler and acts as a shock absorber for the coupler as cars are being blocked for movement.

Due to where this is located the change out of a draft gear may also take longer than other types of repairs. The railroads may have these in stock at most repair tracks, however, as with double shelf couplers, there are many types of draft gear and the railroads may have to order the specific type required after they have removed it from the railcar making the time for the repair longer than might be expected.

Wheels need to be replaced when one of two things happen. The surface face of the wheel develops a flat spot or the flange on the inside of the wheel no longer meets width requirements established by the AAR. In most cases these problems only happen on one wheel at a time. As the wheels are permanently attached to the axles both are changed out at the same time. This is a type of repair that is very common, is often repaired in a short amount of time, and the cars placed back into service.

Other types of running gear that are often bad ordered repairs are yokes, air brakes, truck assemblies, springs, side frames and brake shoes. These are all very common items that need to be replaced during the movement of railcars and should be repaired with in a 48-hour time period.

Railroads can repair the running gear on all cars and can repair body damage to all cars except tank cars. Tank car body damage must move to a home shop for repairs as railroad shops do not have the certification to do work on a tank structure.

When cars are Bad Ordered by railroads how much time should one expect that the cars will be out of service?
Major yards, such as East St. Louis, Chicago, Atlanta, Houston, New Orleans, Houston, and Bakersfield can require longer repair time. Expect up to 48 hours of additional time in these larger terminals due to the large volume of repair work that is done.

Some rules of thumb for different types of Bad Orders are:
• Bad Order for Safety Appliances, Springs and Wheels should be 48 to 72 hours from the time they went Bad Order to time car is released and ready to move forward.
• Bad Orders for Trucks, Side Frames, Draft Gears and Couplers should be 72 to 96 hours as the shops may not have the correct parts for all types of cars, and they would have to be ordered from a supplier.
• Bad Orders for Wheel and Bearing inspections, after a derailment, should be 48 hours, unless there are repairs that need to be accomplished. 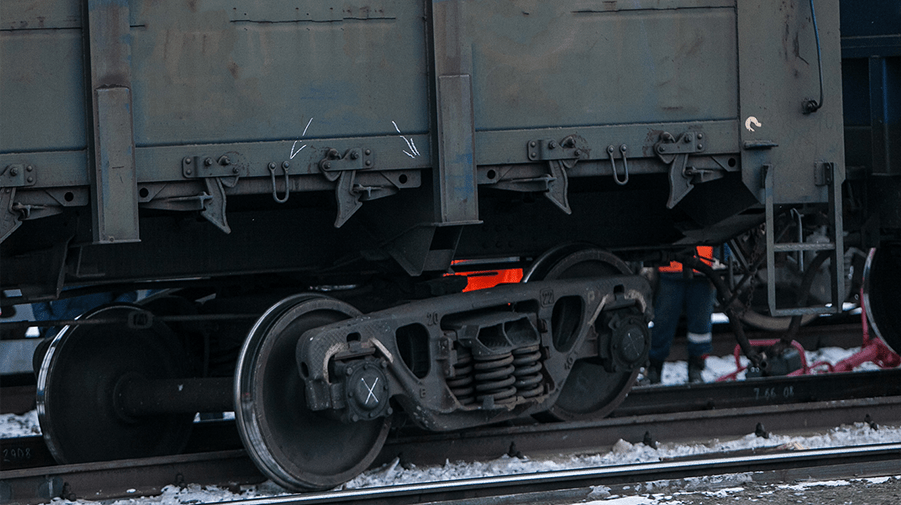 Derailments can be as simple as when the wheels come off the rail and rest on the ties or ballast and as serious as when railcars have been involved in an accident.

The following pictures show various derailments. The first pictures show a derailment that would be classified as minor in nature. The cars have come off the rail and one car resting on the other; however, neither car received damage that would cause the cars to be delayed. They can be put back on the rail and after inspection will move onto the customer for unloading prior to the railcar being moved to non-railroad shop for inspection and possibly repair to the cars. 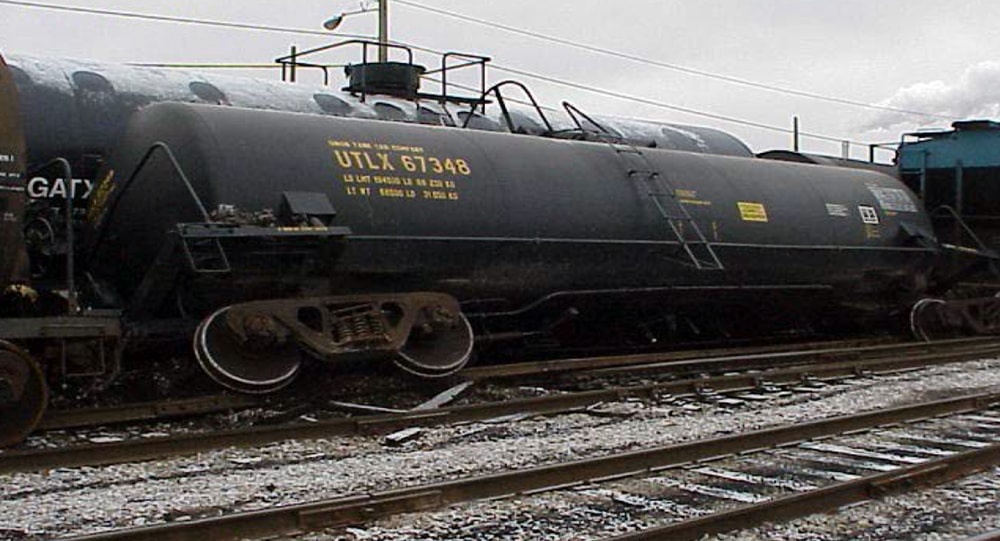 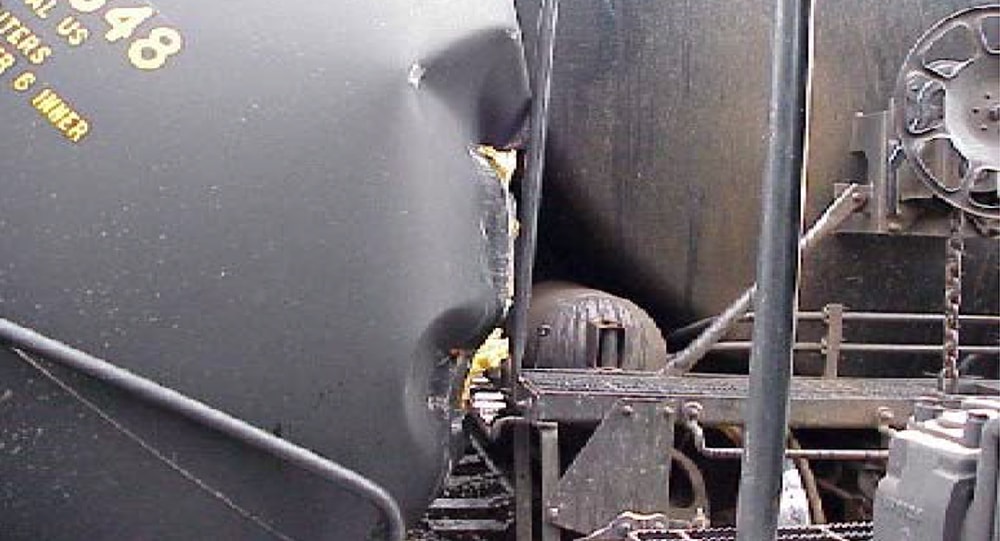 As can be seen the cars have been scattered over the track and could cause problems for homeowners in the area.

Major derailments such as this have deep impacts on railroad customers. 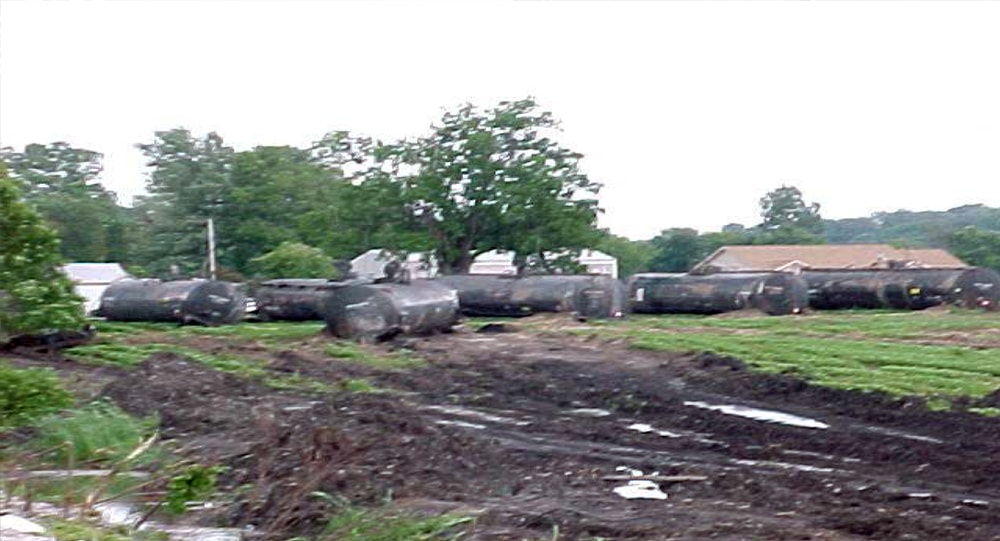 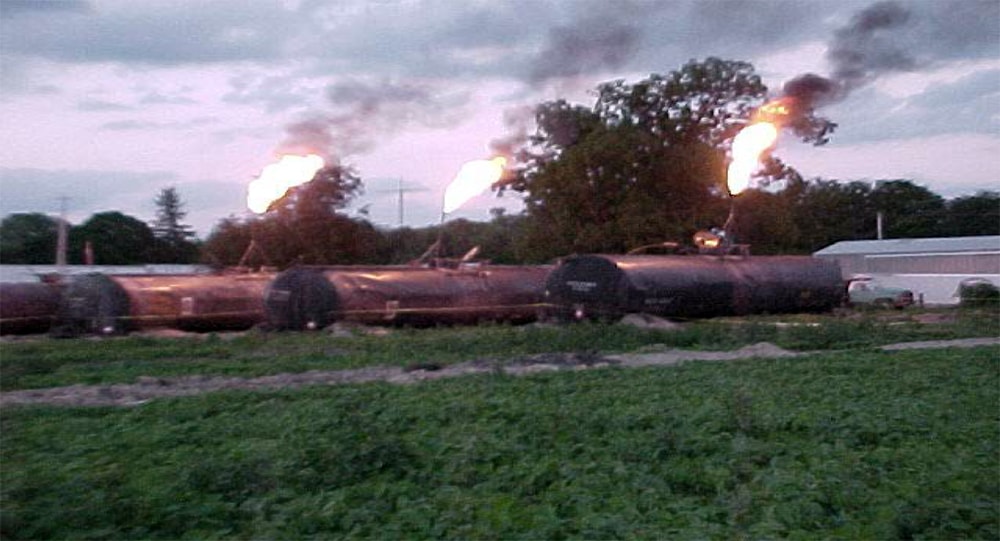 After derailments of a minor nature, such as the wheels came off the rail; railcars are inspected for bearing and wheel damage. When cars have been re-railed, they must move to the railroad repair shop for inspection and release before they can continue to move.

Railroads can repair the running gear on all cars and can repair body damage to all cars except tank cars. Tank car body damage must move to a home shop for repairs as the railroad shops do not have the certification to do any work on the tank structure.